In the last post, I alluded to the theme of interdependence as one of the lessons we learned from our fundraising campaign. We reached out to you with an idea we were passionate about, and you responded with your hearts, enthusiasm, posts, tweets, and more. Thanks to you, a few weeks later, Jeremy jumped to action and onto a plane back to Portland, where the funds raised allowed us to embark on two inspiring weeks of filming.

The unsuspecting, warm-blooded Australian was promptly greeted by a record-breaking cold snap becoming known as Oregon Snowpocalypse 2013!?In spite of some challenges due to the lowest temperatures recorded here in 40 years (mostly camera equipment, and body parts required to work said camera equipment, threatening to not function properly) our tiny house friends bundled up and pushed on with their building, and we bundled up and explored deeper into the tiny house journeys of Ben, Karin, Nikki and Mitchell. 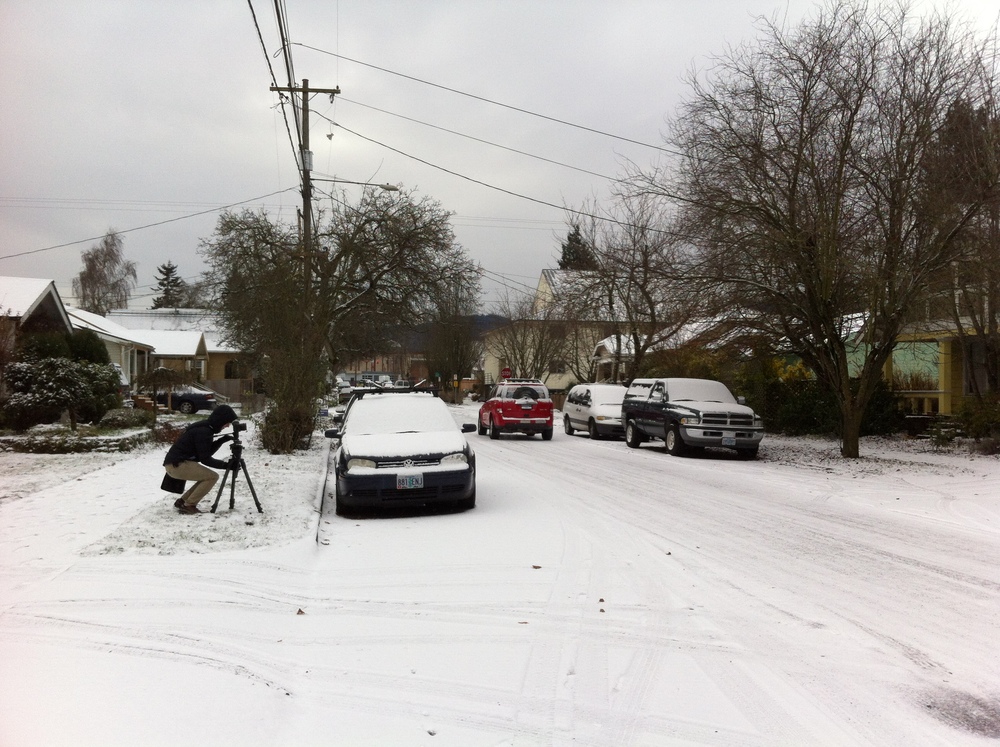 This time around, I noticed that our friends, each in their own ways, gained something from the opportunity for reflection that being part of the film has allowed them. Observing this has been gratifying for me, not only because I have grown to care deeply about our new friends, but because at times I have noticed myself feeling indebted to them. They have welcomed us into their homes and businesses, allowed us to capture their stories, fears and dreams. They have given us the privilege of witnessing the inner workings of their journeys and relationships, and spent precious time opening their hearts to us in spite of the race to complete their next phase of construction before the rain, snow or nightfall. Their generosity is enabling us to create a film which we hope will bring beauty, truth and inspiration to your life.

One of my favorite filming moments was hearing Ben respond to our question of how it feels to receive so much help as he builds his tiny house, particularly from Dan, who has been there every step of the way. He went on to describe how good it feels knowing there is no way he could ever attempt to repay Dan. He has been there several days a week for months on end, working, laughing and cursing side by side with Ben from the floors to the roof. Dan’s artwork will forever adorn the hidden, inner walls and flooring of Ben’s tiny house. But instead of feeling that he owes Dan big time, Ben acknowledges that they have moved into a realm of friendship beyond the scorecard. It goes without saying that he will simply be there for Dan in any way that he can. And he loves that someday soon, they will be cooking in the kitchen of his tiny house, and knowing exactly which doodles are on the wall behind the stove. 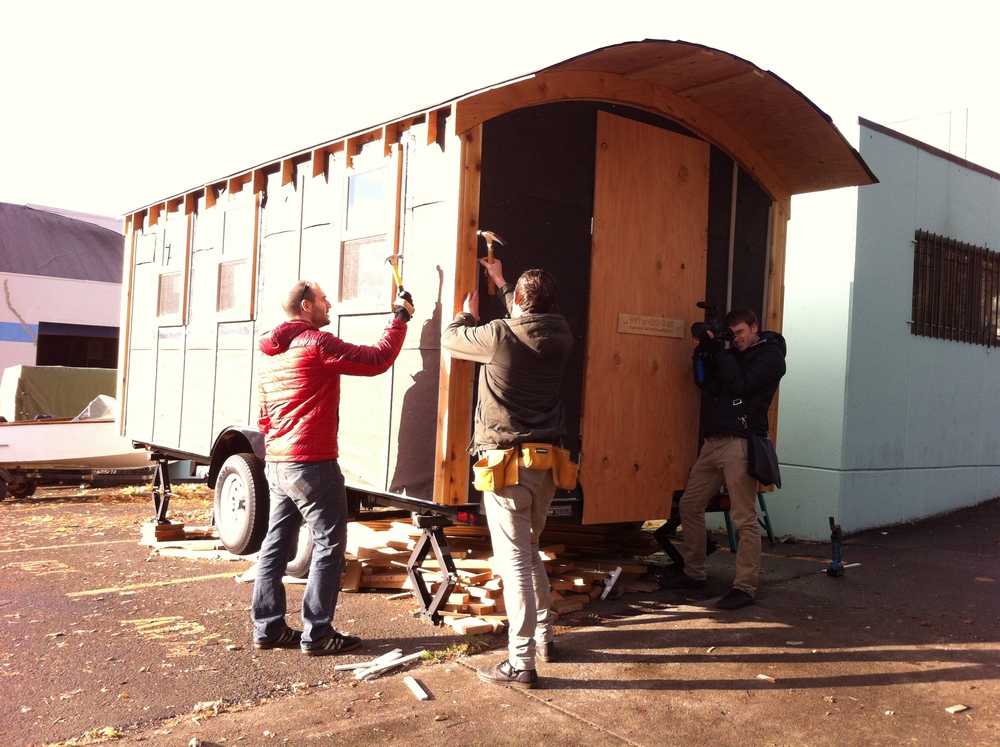 I think we all crave this level of interdependence that is so rare nowadays. But it’s alive. It existed in the small towns in Guatemala I came to know during my Peace Corps service. I’ve heard my grandmother talk about how neighbors helped each other this way when she was young. And we hear about it from tiny house enthusiasts like Nikki and Mitchell, who are eager to bring interdependence- this true meaning of community- back to life. In order to revive it, let’s ask ourselves- Where did it go? Why do we hesitate to lean on each other? How did we come to believe we should rely on ourselves for everything?

The filming process has turned out to be a beautiful experience of interdependence. Our friends? words have conveyed new realizations about how their tiny house journeys are impacting their lives. Their faces have revealed gratitude for the unexpected moments of reflection made possible by the camera, their generous responses to it and the curious, goofy people behind it.

Are you working on creating interdependence or fostering community? Let us know in the comments below. 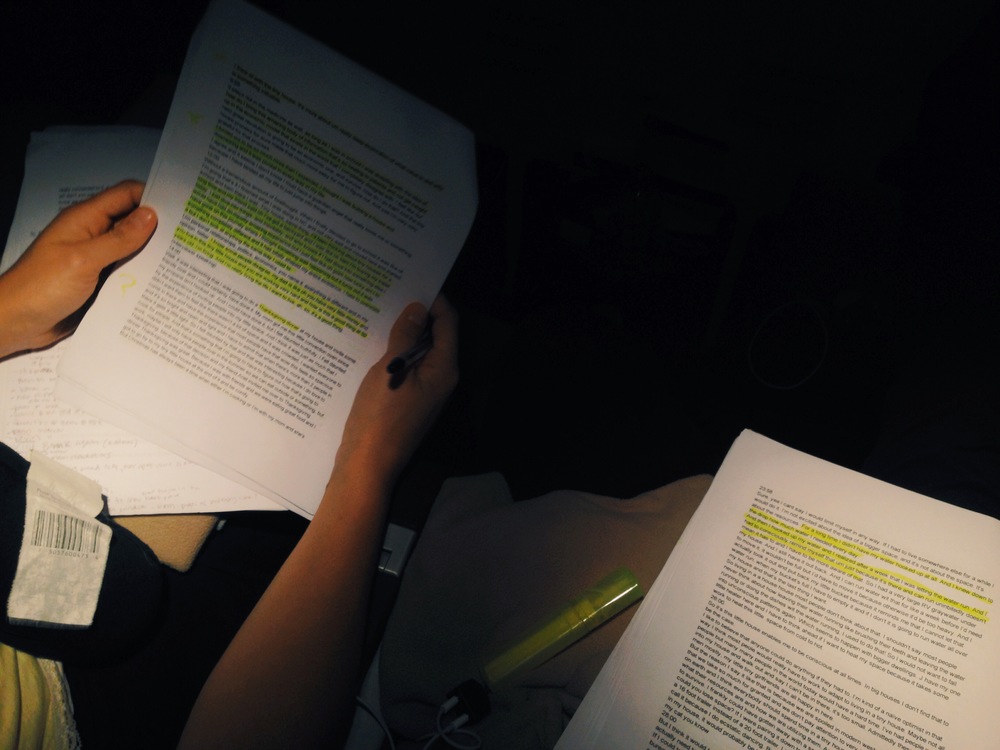 Hello lovely people! We’ve just wrapped up two weeks of spring filming and wanted to share some pics and updates with you. After combing through all the footage and transcripts, we began to envision how the different story lines of the film are weaving together, meaning we had a clear focus going into the next 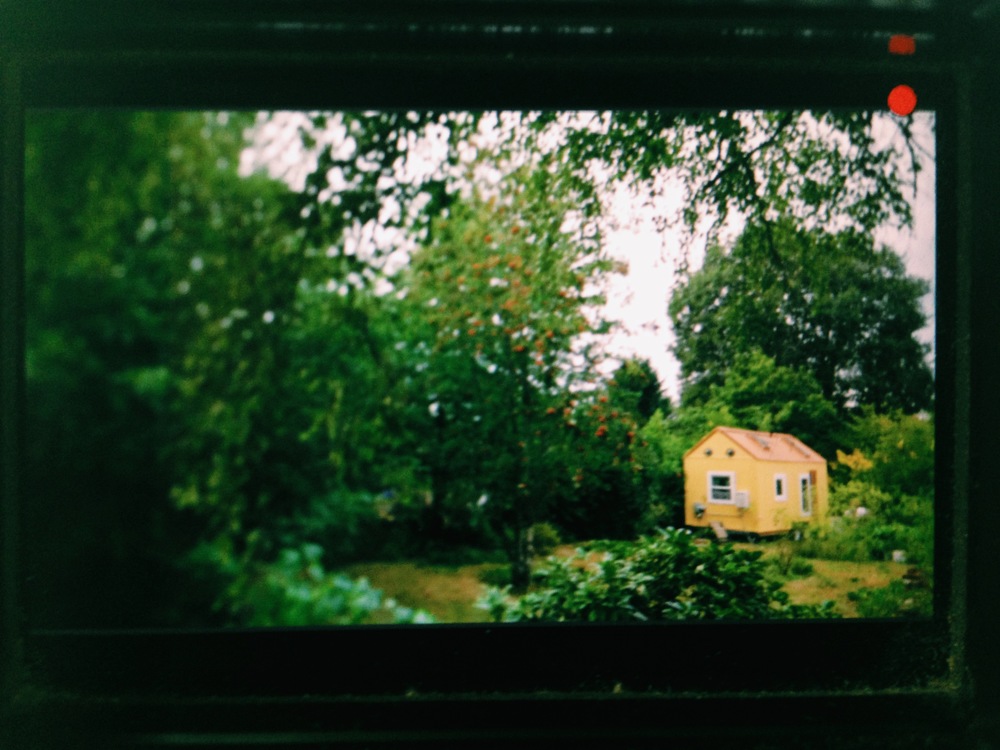 A Tiny House and a Big Tripod - Behind the Scenes

We’re filming in Portland this week. Meeting so many wonderful people and seeing some beautiful Tiny Houses! Here’s a quick behind the scenes of one of the Tiny Houses.