On Tuesday night we were featured on Channel Ten’s The Project, chatting about our film and what’s going on with tiny houses in Australia!

Sorry to all our friends in the USA (and elsewhere outside of Australia; you won’t be able to watch the video because they’ve geoblocked the episode due to music licensing… lame!) 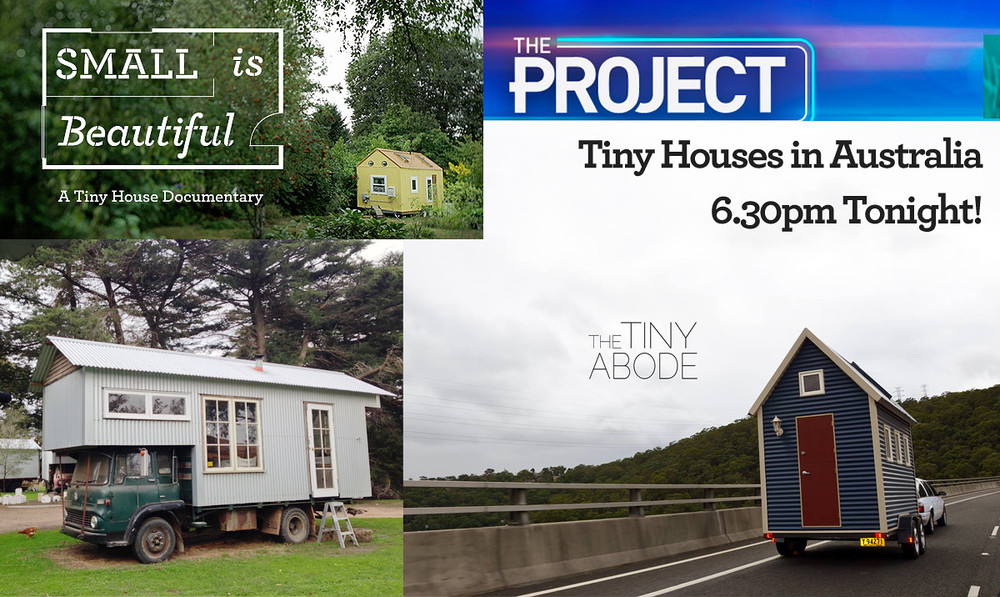 Here’s what The Project said in their blog post.

Tiny houses are popping up all over the globe (see this map), but whole communities are springing up in America. Aussie filmmaker Jeremy Beasley has made a documentary, Small is Beautiful, about the movement.

He says one of the good things about Tiny Houses is their low running costs, which goes hand-in-hand with a low environmental impact.

?People have to condense their things down to what is really important to them, which changes how we think about buying things.?

Check out Beck & Reece over at The Tiny Abode and Rob Scott’s tiny trucks over at Hollyburton Park. 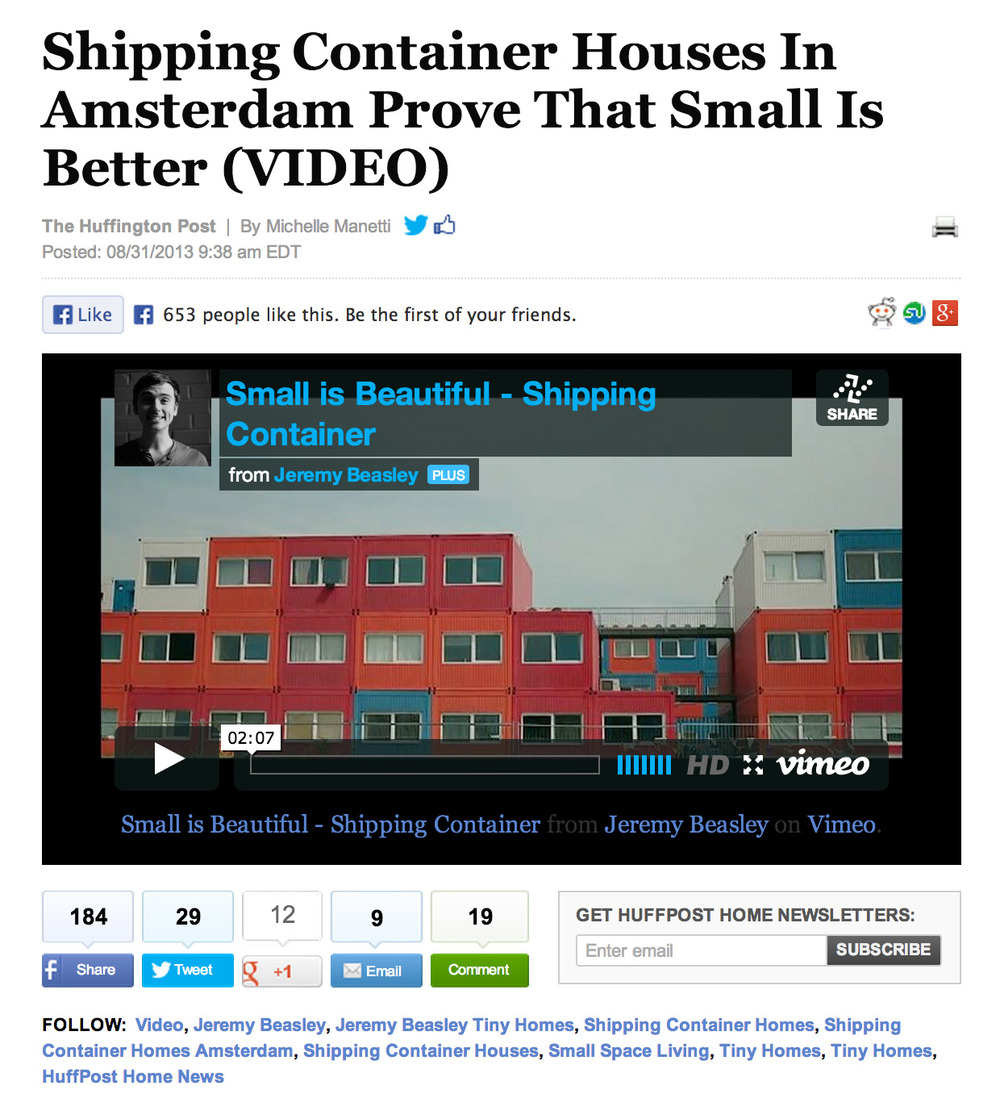 It seems the world at large is busting at the seems to understand more about Tiny Houses and those who choose to live in them, as one of our Tiny House films was featured on Huffington Post last week.  With over 30,000 impressions and 10,000 plays, it goes to show we’re not the only people 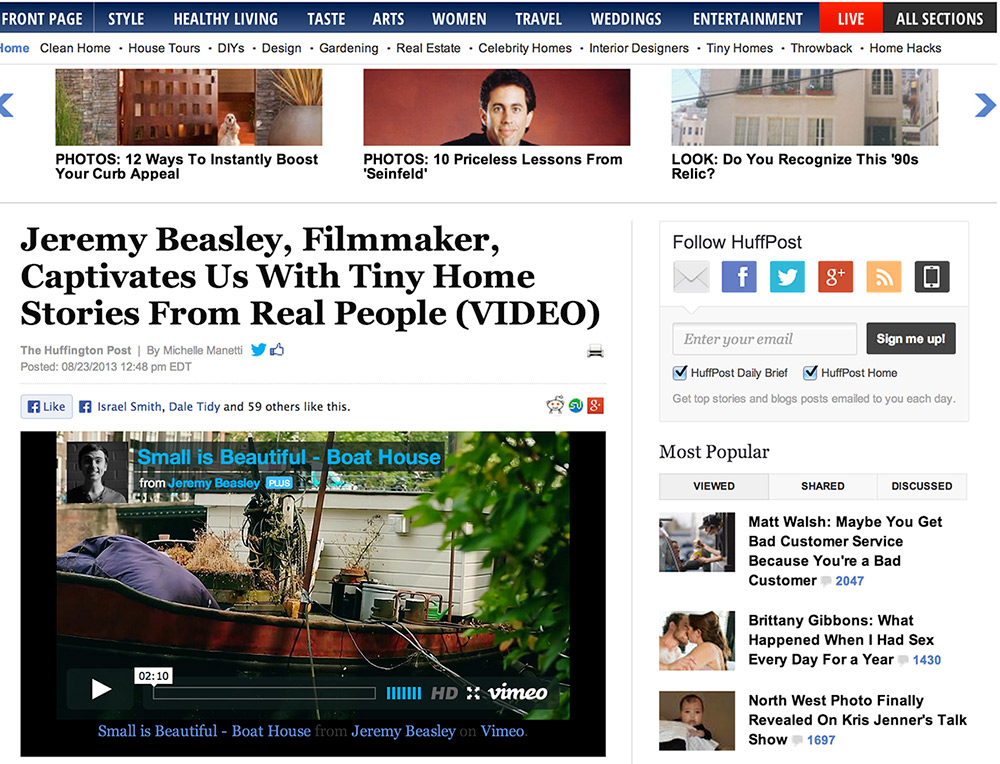 We were featured on The Huffington Post today “Jeremy Beasley, Filmmaker, Captivates Us With Tiny Home Stories From Real People (VIDEO)“ Click the image below to see the whole article.  Spotted us else where? Hit us up in the comments below or tweet us http://twitter.com/TinyHouseFilm