? Why Are people interested in Tiny Houses? Tiny House Characters Intersting Stats about Tiny Houses How do people want to watch indie movies in 2015? Why making this film is the scariest thing the Director has done Inspiring?Tiny House Notebooks (100% recycled, made in Portland, Oregon) Living in a golden age of documentary?filmmaking Crowd funding

Small is Beautiful is a documentary following four people as they build their own tiny houses in pursuit of a mortgage free lifestyle, discovering that living tiny is about so much more than just the house.

One (and a bit) paragraphs:

Small is Beautiful is a revealing look into the tiny house movement, a grass roots response to the housing affordability crisis that traps young and low income citizens from across the developed world. In Portland, Oregon, we meet four characters, each of whom are at various stages of building and living in their own tiny homes. Ben is a 20 something single guy with an inheritance to spend and a design he drew, but an ambitious timeline and no building experience. Nikki and Mitchell are a young couple who, along with their two dogs, dream of bucking the stereotypical life story of buying a big house and spending the rest of their lives paying it off. Karen, 50, has loved living in her tiny house for two years yet still struggles with the lack of permanency that comes with living in a house on wheels.

It?s a fascinating insight into the way a major personal undertaking of any sort can drive a person to the brink of insanity and tear apart relationships. A timely reinterpretation of the age old American Dream, a study in the gaining of wisdom through the humiliation of failure, and ultimately a celebration of community.

Ultimately Small is Beautiful proves that it?s not what?s inside the walls of a tiny house that counts, but rather it is the strong community of like minded people who support each other as they dare to be different.

Chris has 12 years experience as a producer. He?s made three seasons of ABC2 TV?s music concert series jTV Presents, numerous short films (including AFC funded Directions by Kasimir Burgess), music videos for the likes of Empire of the Sun and another with the hugely talented Natasha Pincus, an ABC commissioned comedy web series Corn Cobs, along with $10M+ worth of TV commercial production for multinational blue chip clients including MasterCard, McDonalds, and Lion. In 2013, Chris completed a Master of Laws (Juris Doctor) as part of a plan to become a long form producer and independent distributor. Having grown up on the Internet, Chris is super passionate about the opportunities that online film distribution is bringing to the indie film world. Small is Beautiful represents Chris? third documentary to be released via a direct-to-audience strategy. His first success was in 2012 on Between the Devil and the Deep Blue Sea (deepblueseafilm.com), a film that offered a sorely needed humanitarian perspective on the highly politicised Australian asylum seeker issue and earned $100k revenue through a crowd funded national screening tour and online release. Most recently in 2014 Chris has released music documentary about Grammy award winning Americana icon Jim Lauderdale: The King of Broken Hearts?(jimlauderdalemovie.com).

Armed only with his DSLR and field sound recording kit, Jeremy is the epitome of the modern day one-man-band filmmaker. This nimble and light weight methodology allows Jeremy to ease himself into the most intimate of scenarios to capture fascinating human stories. Relatively new to the film world, Small is Beautiful is Jeremy?s first documentary feature. Prior to film, Jeremy gained six years experience as a photographer, shooting weddings in Australia and internationally. His photographic work is widely celebrated for its un-staged documentary aesthetic. It is through this experience behind the lens that Jeremy has honed his unique skill to coax his subjects to lower their guard and open up with their most intimate thoughts, hopes and fears. The result is a delicate and genuine insight into the human condition.

Originally trained as an engineer, Jeremy also has a natural fascination with design, making, and problem solving ? all central aspects to the challenge of building tiny. Upon discovering the tiny house world, Jeremy?s first impulse was to design and build his own tiny house. Yet after meeting many of the eccentric and alternative minded characters from this world he became fascinated about the story of an empowered community intent on creating their own housing.

Accordingly, Small is Beautiful was conceived: is the tiny house dream merely a naive and trending fad, or is living tiny a serious solution to today’s pressing issues of housing affordability and sustainability? 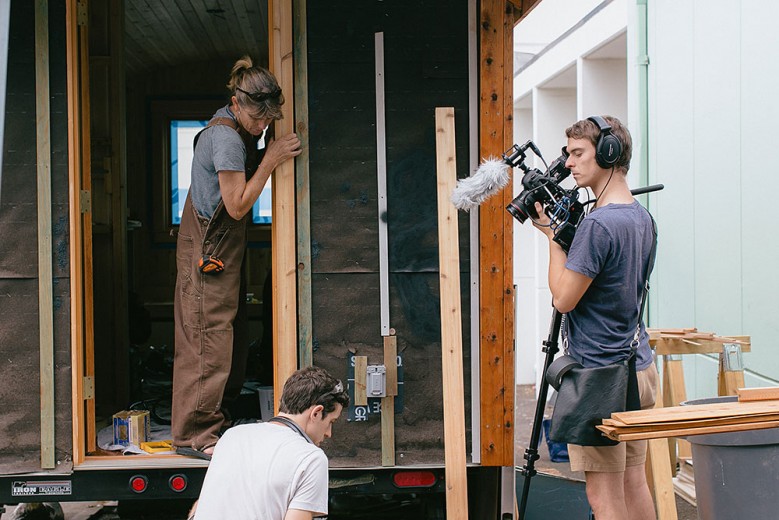 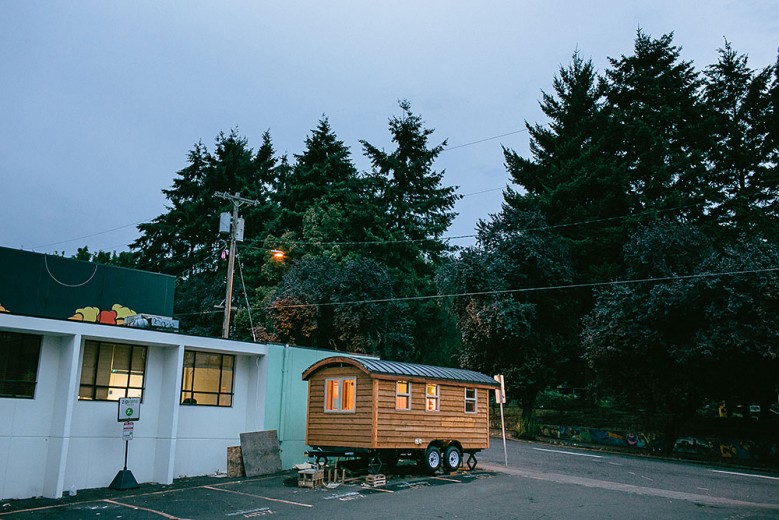