We have so much footage that didn’t make it into the film, with tonnes of valuable info, great stories, extended interviews, details on planing and zoning and even details on the toilet! So we’ve packed?it in to a whole series of Bonus Content.

The Super Mega Awesome Deluxe edition and the Special Edition also include the film, Small is Beautiful: A Tiny House Documentary (along with loads more content).

Here’s a quick update video on what’s in it:

The Super Mega Awesome Deluxe edition has over 230 mins of video (that’s nearly 4 hours!) and it includes all the never before seen interviews and footage.

There’s SO much good stuff in there.

All the bits we love, but didn’t fit the story we wanted to tell in the film.?Here’s what’s included:

Get the film PLUS 24 bonus videos. With over 170 mins of extra content including:

#1 Why Tiny and Experience of the build with Benn Kovco
#2 Building codes and what the future holds with Benn Kovco
#3 Dee Williams: “What does the Tiny House Community mean to me?” (extended interview)
#4 Dee Williams: “My biggest fear.”
#5 Dee Williams: “That time I met Tyra Banks?”
#6 Eric Bohne: What’s involved in building a Tiny House?
#7 Eric Bohne Could you live in a tiny house?
#8 Joan Grimms: Portland Alternative Dwellings and Tiny Houses
#9 Joan Grimms What the Future Holds
#10 Lina Menard Preview
#11 Lina Menard Extended interview
#12 Ben Campbell Thoughts on money and regret.
#13 Ben Campbell: Why I redesigned my house overnight.
#14 Ben Campbell & Dan: Talking about poop.
#15 Karin: Introduction to the gift economy. What is it?
#16 Karin: The gift economy in practice (12 months later)
#17 Karin: What excites me about living in community.
#18 Nikki & Mitchell: Idea of community and growing their own food.
#19 Nikki & Mitchell: What have you learned from building a tiny house together?
#20 Opportunity Village with Andrew Heben
#21 Opportunity Village: Nathan and Nicole are residents and share their story
#22 The Tiny House Hotel with co-founder Kol Peterson
#23 Building codes and Zoning laws 101 with Kol Peterson
#24 How to entertain in a tiny house?

Watch the Super Mega Awesome Deluxe Edition now (and keep it forever) for $49.99.

If you buy the online content, you can stream it, download it, and it’s yours – forever.
The Super Mega Deluxe edition is only available online.

Get the film PLUS?seven bonus videos, with content including:
#2 Building codes and what the future holds with Benn Kovco
#3 Dee Williams: “What does the Tiny House Community mean to me?” (extended interview)
#11 Lina Menard Extended interview
#14 Ben Campbell & Dan: Talking about poop
#15 Karin: Introduction to the gift economy. What is it?
#18 Nikki & Mitchell: Idea of community and growing their own food.
#22 The Tiny House Hotel with co-founder Kol Peterson

Did you miss our release date?video?

If you missed the last video update, Small is Beautiful is?available to download?now.?It is on iTunes, Vimeo on Demand, Google Play and Amazon instant.

If you could have one magic wish to help yourself or someone else on their tiny house journey, what would it be? Let me know in the comments below. 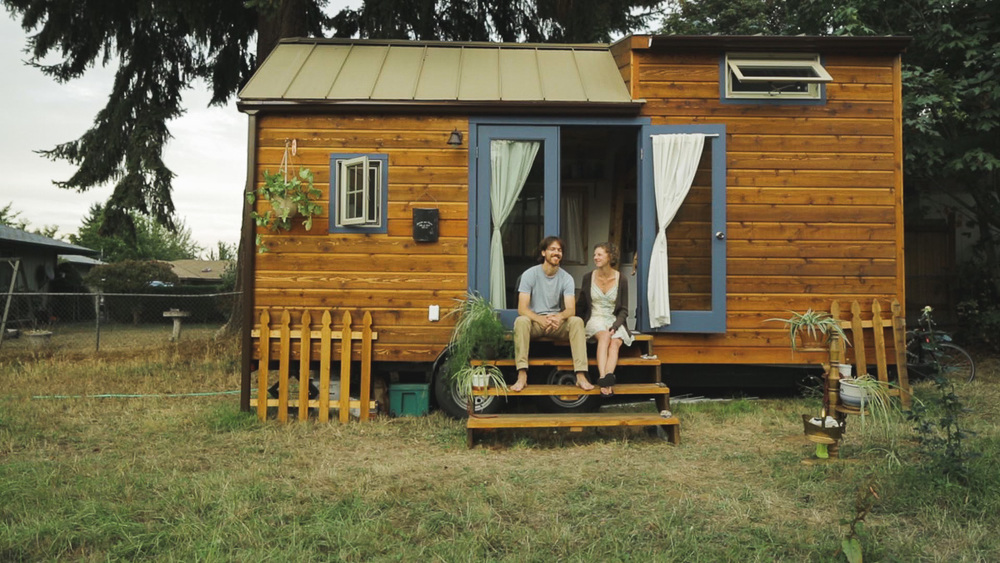 Meet the People in our Tiny House Film

We?ve just wrapped up three weeks of filming here in Portland (aka the tiny house capital of the universe!). As ?phase one? of the Tiny House Film project concludes, we?re feeling connected, inspired, and pretty darn excited to share the stories of tiny house people with the world. The folks we?ve interviewed have been incredibly